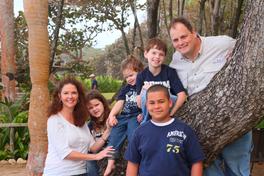 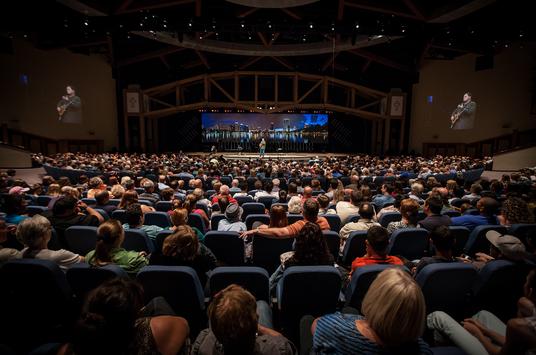 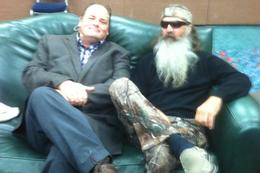 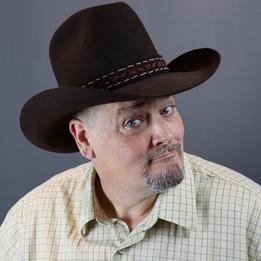 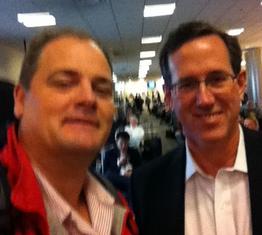 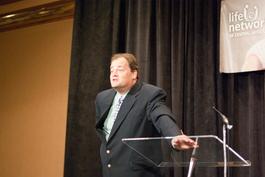 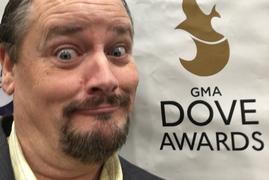 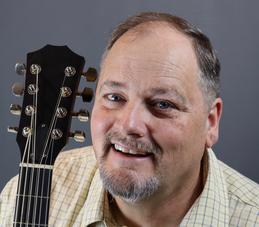 Mike was born on the Southside of Chicago, Illinois, to a Mother who could not afford the four children she already had, certainly not the new one on the way. This family had the usual trappings of poverty, including alcoholism, addictions, absent father. Mike's brother was killed in the streets at 17 years old, and another brother died in prison at 17. His two sisters followed an unfortunate path as adolescents. Mike met his biological father for the first time and only time when he was 27 years old. But Mike was rescued. Mike was given up for adoption, a choice that would ultimately save his life. Dropped into a very-very conservative Christian home, the fun was about to start. You will weep for joy when you hear him tell about the rescue of his soul.

Mike learned to speak to crowds, keeping listeners awake while working with his father at rescue missions, and hundreds of public school presentations over the years. He has taught comedy at Dynamic Communicator Workshop.

Mike and his wife adopted their first child after 12 years of marriage and went on to have 3 more. That adopted child came from a similar background to him.

After being married for 25 years, they put their house on the market and moved to the Dominican Republic to develop the Crossover-Cups Mission, a rescue ministry for sexually trafficked girls and a feeding program for people living in a garbage dump. They continue to fund a portion of that work through Mike's comedy presentations in the United States.

You will be moved and inspired as you hear the story of the grace of God in Mike's life. Mike's past, it is not his present. Mike will have you laughing your socks off at the real-life humor around you. Mike is a serious and positive speaker, whose style makes people laugh while presenting an uplifting life-changing message. You may have heard his comedy and testimony through his tours with major bands like Mercy Me, Switchfoot, Casting Crowns, and more. You may have heard him at a major Music festival,  Focus On The Family, Gaither Praise Gathering, PRC Banquets, and hundreds of churches across the country. Along the journey has garnered a GMA / CCA Dove Award, Grady Nutt Humor Award, authored 16 books, 14 CDs, and 4 DVDs. Mike likes to stay busy! Mike has shared the stage with diverse personalities like Phil From Duck Dynasty to Rick Santorum. Mike Huckabee called him the funniest guy he had ever shared the stage with.

"I have done a dozen or more events with national performers... simply put, Mike is the most professional, easiest to work with, and nicest entertainment person I've ever worked with. He is also one of the best performers and communicators I've heard. People are already asking when he is coming back." Event Director for Orlando Legal, Orlando, FL

"Mike was incredible! He had every single man, woman, and child laughing-even some who 'never' laugh. I would highly recommend him. We have now used him multiple times and every event sells out rapidly."  -Pastor Harold Hendren, United Methodist Church, The Villages, FL

“I would highly recommend Mike Williams to any church.”

"I have used comedian Mike Williams for many occasions and have always found him extremely willing to go the extra mile. His humor brought the house down at the Macon Coliseum this year." -Doug Couch, Georgia Baptist Convention

“I believe Mike Williams is the funniest comedian I have ever heard. He did a wonderful job at our family Christmas Banquet." -Dr. Paul Walker, Mt. Paran Church of God, Atlanta, GA

"Mike is an easy to work with artist. From an event standpoint, he is always ready to go the extra mile to do whatever we ask of him. He deals with changes real well and can think on his feet for you. He doesn’t require pampering or limo’s either!" - Tom Hebron, Dallas, TX

“I have used Mike several times. He is funny and real. There were times we laughed ourselves on the floor and then we cried. Mike does not just entertain, his love and devotion to Jesus Christ draws you into the heart of God." -Bill Crofton, Director, Florida Adventist Conference

"I am pleased to recommend Mike Williams to any church looking for a meaningful and hilarious, but soul-stirring message. His message last Sunday morning kept the congregations' attention and the response was numerous. That is success!"

"We had a terrific time because Mike did an outstanding job. I look forward to seeing him back at the conference and here again at the church soon."

"After Mike's performance, I was swamped with nothing but positive comments from the guests. In particular, our guests were very pleased that Mike's comedy style was clean and fit for all ages. I must say that from a manager's standpoint, he was beyond professional to work with. I recommend Mike Williams as a top-rate entertainer."

"Last night, I sat in the audience listening to your comedy routine. I have not laughed like that in years. I am a detective and have been working sex crimes for many years. My caseload is heavy and often the cases are very ugly. I literally thought that I forgot how to laugh, apparently not, thank you. Very funny!" -Police Detective, Cary, NC

"I was a little scared, Mike's a little crazy, and there are 1700 senior citizens out there. What an amazing site to watch these senior saints come unglued with laughter!"

“Mike may be the most versatile comedian in the Christian comedy market. I have never seen him do a bad show… they are all just fabulous. He knows how to connect with an audience and make them laugh. His show is so diverse that nobody ever gets bored!” -Comedian David Dean

“Mike was marvelous. Simply marvelous! Thank you for giving us such a fun evening...”

"Over thirty-three years of marriage and Mike still makes me laugh. He is the most spontaneously creative individual I have ever known. He has been a wonderful husband and father to our four children. He possesses an amazing ability to captivate the attention of any audience with his humor and then with his heart. I have watched Mike in both the largest and the smallest churches in the country and I can assure you he will give each one his best from a heart that is truly committed to following in the steps of Christ." -Mrs. Terica Williams, Mike's Wife